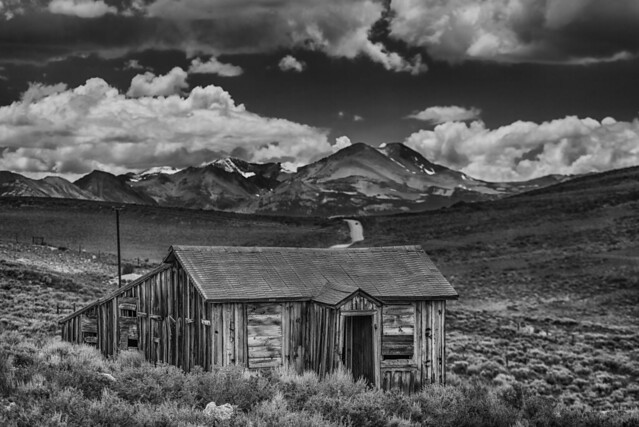 The Daily Create, tdc1452 asks us to spin a yarn about this here picture. Well, this here picture here by Diana is almost the same as the one that I have in my possession that goes way back to the history of DS106Radio and the time when it was almost broadcast from California instead of where it is now.

You see, when Hank Soda was looking for a broadcast hut, he was on a vision quest in the desert and came upon this wonderful location. He was thinking that it might be a nice place to hang out and make radio. He even had the DS106 logo painted on the roof and put up a pirate sticker logo on the wall and installed a really cool antenna mast (just to the right there) and was all set to share. (Can you imagine what it looked like?)  But a couple things got in his way. First, it seemed that the mountains thereabouts were too tall for the signal to get over, so he decided to move on higher up the North America map to Canada.  And some contract stipulations during union negotiations with the Ice Weasels had also put a damper on the desert locale. Because they like the snow and all. And so the DS106Radio debut broadcast signal was sent out from The Hudson Bay Hut, and has originated from that epic hovel ever since. What a great origin story! DS106Radio, #4life! 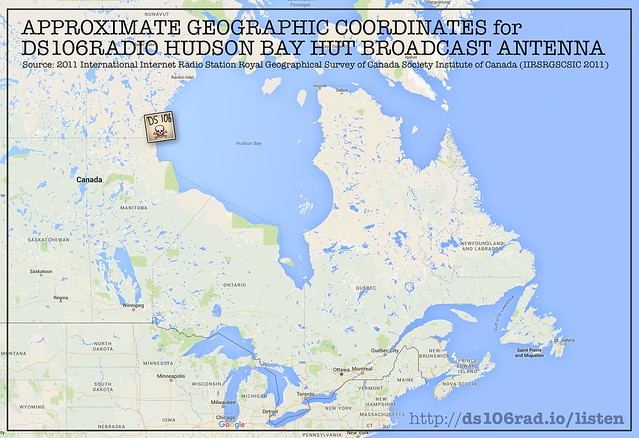 ((In case you are wondering about my photo of the original hut, I can’t share it because it looks too much like Diana’s, and because she has an BY-ND 2.0 license (which I noticed after the fact), I must be respectful of that and keep within the CC law, being a #western106 lawman*, and all.))

*back in the day, things weren’t so fair (before suffragettes and all) and so us womenfolk had to be lawmen if we were going to wear a badge.