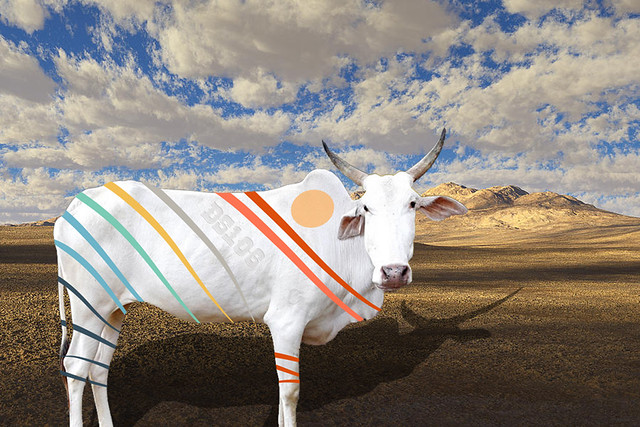 Well, Jerome my DS106 Cow was out wandering in the back 40 and he must have come across one of my secret projects and got his self all prettied up with the paint colours. But he still looks nice.

So I made a picture of him for today’s The Daily Create one, tdc1473, which said to paint colour a cow. Can you see his DS106 birthmark?

In case you think that Jerome looks familiar, you may have seen a picture of his dad, Khilari. And folks like Mark Greenberg have visited my back 40 before and taken pictures of it.

Also, in case you EVER need to put in a fake shadow in a picture for a thing (like a cow) that doesn’t have one, a little secret is: