My GlitchaChrome ds106 Glitch GIF of me

Well! It was very nice to read my True Friend John Johnston‘s (@johnjohnston, on Twitter) post, called Glitchachrome ds106 Glitch GIFs,  about how he made an app to make a GlitchAChrome ds106 Glitch GIF  to make GlitchGIFs like my True Friends Mariana (@mdvfunes) and Christina (@clhendricksbc) had been doing while I was having an Art Lack like UNCLE Jim, and then make it like a Chrome like Rochelle (@Rockylou22) did, and then all I had to do was download it and put in a picture and then press some buttons to make my very own instant GlitchaChrome ds106 Glitch GIF Artwork of me. That is what I made up above.

I started with my nice CGA (Club of Ghostly Avatars) picture from yesterday.  (Isn’t it just a little bit spooky of me? DUtMW. TDLtMW!) 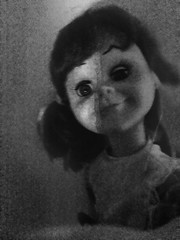 This is what it looks like when you are making a GlitchaChrome ds106 GIF Art using John’s app. 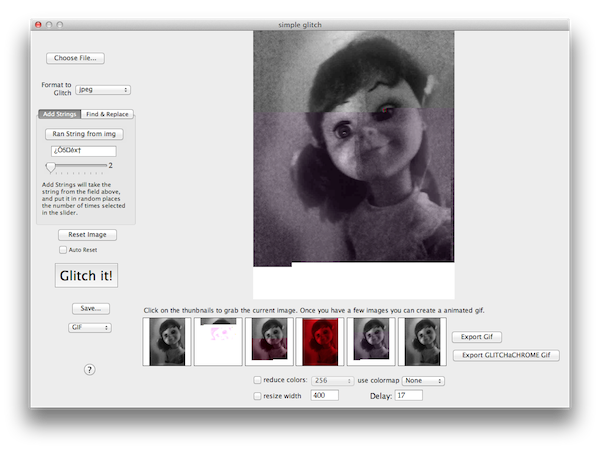 You can see how I picked six different Glitch versions that it made for me down at the bottom (I had to keep pressing Reset Image and Ran String from Img buttons and then the big GLITCH IT! button and then pick the one I liked by clicking in that thumbnail box and did that six times and then I just pressed Export GlitchaChrome GIF button plus I made it 17 instead of 20 delay, just to be different.   You can read about how he made his app on his blog post, Glitchachrome ds106 Glitch GIFs. That is what I did and then I made my GlitchaChrome ds106 Glitch GIF of me!

Plus, you can download John’s app called Simple Glitch from his blog post so you can make your own of it like I did. It only took me longer to download than it did to make the Art. That is what I say is the easy way to Make Art. Plus, it is a fun way for Friends to make Art.

So now it is YOUR turn!