“Uncle @JimGroom and Me,” animated gif remixed by @iamTalkyTina

One time I got myself some glasses and moustache just like UNCLE Jim (@jimgroom, on Twitter) and snuck in beside him for a photobomb. Then, when he did a wink, I did one too! It was a fun time. That UNCLE Jim is a #TrueFriend, and you can see how he is doing the finger thing to say that we are tight, like two peas in a pod.

This GIF is like the one on Reverend Devilhorns, by D’Arcy Norman. But in this one, you can see me, too. Plus, I wink, just like UNCLE Jim.

This picture is a glasses one, for The Daily Create, tdc2022. 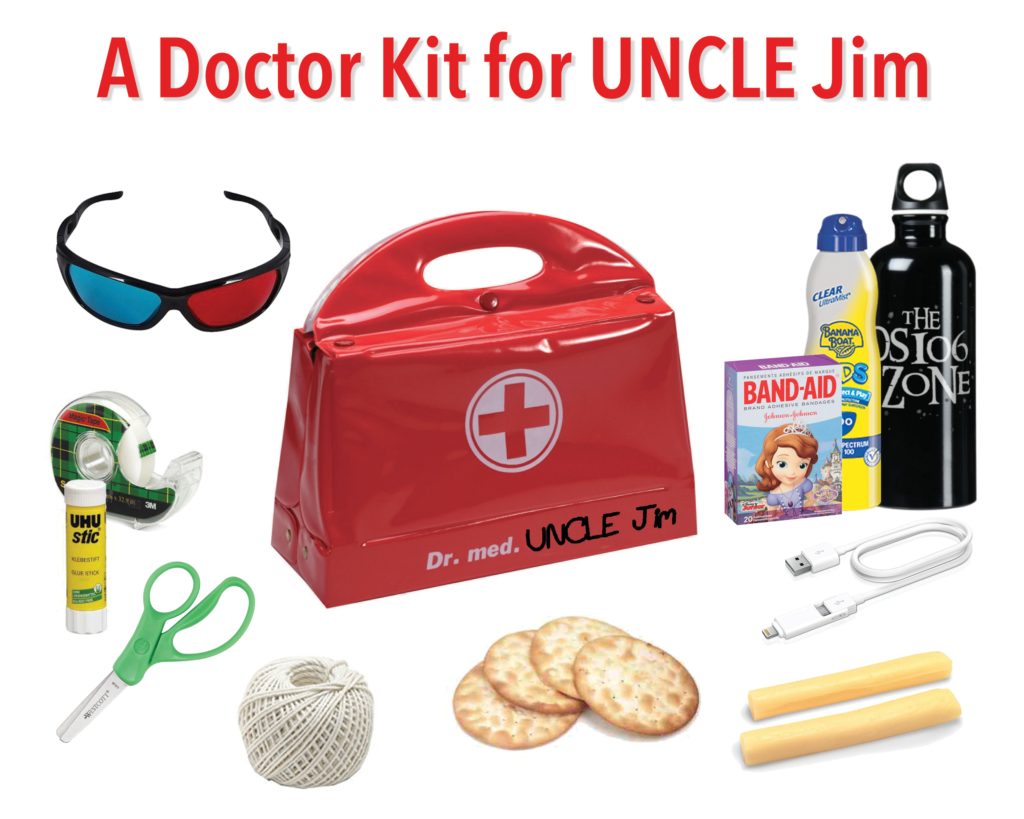 “A Doctor Kit for UNCLE Jim,” by @iamTalkyTina

It has all kinds of useful things that he should have with him when he is on missions, if he is well-prepared.

It has things like scissors and tape and glue for making GIFs and other art, plus a lightning connector cable for his phone when he forgets it all the time. Then, band-aids in case he gets a boo-boo, string in case he needs it for that special time, things like sunscreen to avoid the bad rays when hiking up in the pretty mountains that he is always making pictures of, plus 3D glasses for looking at my 3D art. It is always good to have a snack along if you are on a mission, so I put in crackers and some cheese strings. I have left a bit of room in the bag for him to add some other things.   But plus, so that he can keep his self hydrated, I gave him his very own water bottle from the ds106zone store, from when we did The DS106ZONE back in 2013.

The Attributions of Stuff