This is my The Daily Create for today, tdc1161 which says, “Write a poem about how music changed your life.” (pausing as I type — oh, a poem? oh well I already posted this but when I try to link to my specific post, it is broken like 404, what’s up with that, @cogdog?)  So here it is on my blog, plus with a GIF and embedded soundcloud ones.

Well, it is always nice when True Friends make songs. Because songs are a kind of music, but with words so you can understand why Friends are Important.

Like one time I wrote a song called “Tina Made Groom” after he was trash talking me and I needed to set the record straight.

Or another time, when I wrote a song called “Tina Don’t Like the Mean Word” after that Savvy man Ben kept using the Mean Word even after I was trying to be nice.

Another time, when it was New Years, I made a special version of the New Year’s Song called “Make Art for Your True Friends, My Bub!” that was a really nice thing for me to do.

But then, my True Friend Vivien made a wonderful song, just for me, called “Look What Happened to Tina” that was just such a fantastic piece of music that it almost made me cry. But not really, I am tough.

And then, just when I thought it wouldn’t get any nicer, my True Friends Vivien and that David did another song for me called “GIFfing is Without You” that made me want to sing along all day and play my double-bass. That remix is in the studio now, awaiting some final vocal embellishments.

I could go on an on about how nice it is that music makes you feel. But it is about making vibrations that other peoples can feel, plus when they make vibrations, you feel them too. Plus, at the same time it is even better. Like, LIVE.

So music is a kind of Art, and that is what we like to make. So Make some Art, bub.

And Make Some Music Art, Bub, too! 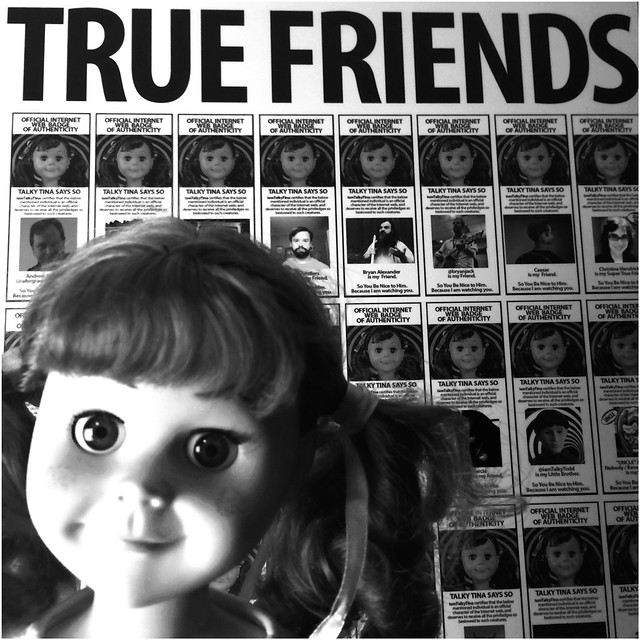