Bill Smith @byzantiumbooks reminded me this evening of one of my screen-tests that I did back in the sixties.

When Maxwell Smart, Agent 86, and his lovely wife Agent 99 had their baby, the producers screen tested a number of young children for the part. In this one instance, my diminutive size came in handy, and I almost got the role due to my superior acting ability (relative to all those little poopy babies), but in the end, my voice was too deep for the role. 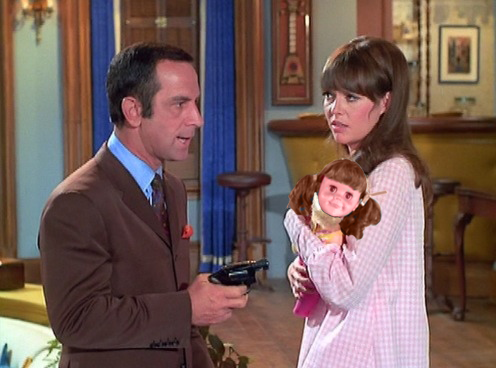 On the set of Get Smart, screen-testing for the role of baby Tina Smart, with Don Adams (Maxwell Smart, Agent 86) and the beautiful Barbara Feldon (Agent 99).

Again, I lost out on a great opportunity because of a physical limitation. Sometimes these Hollywood types just miss out on the most wonderful opportunity (ME!), because they are too short sighted.

Anyway, it was nice to reflect back on this little memory. 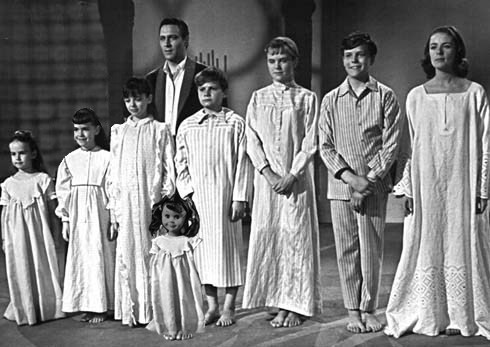 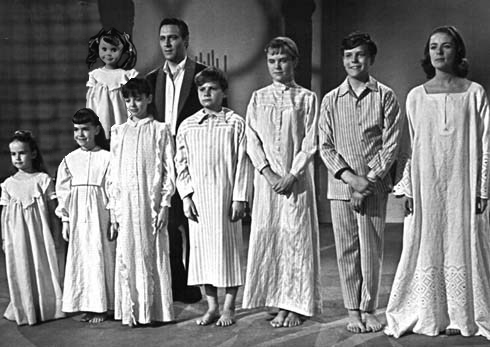 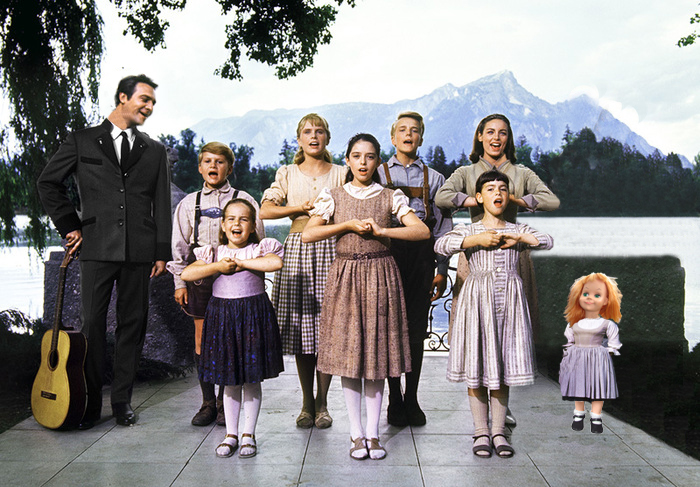 After I wrote about my screen test for Mario Bava and his film Black Sunday back in 1960, and posted a still photo from that test, my dear friend ol’ Hatchet Jack made a beautiful piece of artwork  and shared it with the world for all to see. I was quite taken aback. That ol Hatchet Jack certainly has gotten over the severe trouncing I gave him in Roshambo.

But I am not one to gloat.

Here is the picture he made of me. And he said some nice words about me too.

A beautiful picture of me, made by my friend, ‘ol Hatchet Jack

This immediately reminded me of another film I tried out for, shortly after my famous role in that Twilight Zone  episode  , where I would have run through a mountain meadow, laughing and singing with other children.

Now, again, I’m not one to harp on the same old issue over and over again, but they did finally give the role to someone who was taller than me (by a head or three), but I still think you can imagine my beautiful voice ringing throughout the mountain meadows just as prettily has hers, and I could have shot the kissing scenes with Captain von Trapp using some lifts or maybe standing on a little box or something. Or camera angles. I would have just had to be careful not to stand too close to Gretl (or especially Liesl) when I was giving her matronly advice. It would have worked.

Anyway, I tested for the role on a Tuesday, and that Julie girl showed up the next day, saw my screen test, and went ahead and down-right mimicked me, in style and pose and everything.

Jinxed by Julie, another screen test photo, this from 1965 (animated GIF by iamTalkyTina)

AND SHE GOT THE ROLE! Can you believe it???

I still think my beautiful red, flowing locks were much nicer than her Joan-of-Arc-I’m-a-nun-hack-job haircut.

I did enjoy hanging out in Austria that summer, though. Although when they offered me a bit part as the lonely goatherd’s love interest, I told them to shove it!  Sheesh!